Check out our blog for the latest employee relations and workplace investigations insights, trends, and news. From the #MeToo movement to best practices and personal anecdotes from the field, the HR Acuity blog is here to help you stay in the know on all things employee relations. 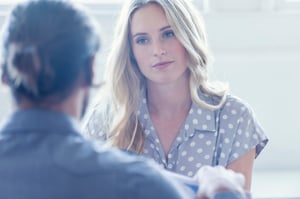 Managing your drug-free workplace used to be easy. Prescription drugs were okay, as long as the employee had a valid prescription from a licensed medical professional. Everything else was out. Today, though, various states have legalized marijuana. Some allow for medical marijuana only, but an increasing number have authorized recreational usage. These numbers are likely to increase rather than decrease, so how do you handle it in your business?

You don’t have to drug test

Unless your business operates in a safety or medical area or is otherwise required to by law, you aren’t required to drug test your employees at all. In fact, many companies have given up on drug testing. As long as you’re doing your job, it doesn’t matter what you do on the weekend.

Companies have gone this route because they’ve found it difficult to hire enough people who are completely drug-free. Even the FBI considered loosening its drug policy for hackers.  Depending on your hiring pool and your competitors this may be the smart way to go--especially in a state where some form of marijuana is legal. Of course, you don’t want truck drivers or heart surgeons using drugs, even on the weekend, but does it matter if your marketing guy gets high from time to time?

Of course, your drug policies should include retaining the right to test should someone appear to be under the influence while on the clock.

If you’re drug testing purely because you’ve always done drug testing, it may be time to consider if that’s the best thing for your business. Not only is it expensive, you necessarily exclude some otherwise excellent candidates. You can, also, choose to test for other drugs and ignore marijuana if you prefer.

But if you still want to test

If you want to drug test or you’re required to by law, it’s important to remember this one fact: Marijuana is still illegal under federal law. Even if your state has approved it for medical usage and your employee has a valid prescription, it’s still illegal under federal law. Theoretically, that means you can always require your employees to be marijuana free. But, the law is never that easy.Connecticut, for example, ruled that employees who have received state approval for medical marijuana usage cannot be fired for testing positive. Colorado, on the other hand, specifically allows employers to test for marijuana usage and allows the employer to determine whether or not they will fire or not hire for marijuana usage. As a general rule though, remember that because marijuana is still illegal per the federal government, these exceptions may still be challenged in court.

If your state doesn’t have any legal marijuana, medical or otherwise, you absolutely do not have to allow it. It doesn’t matter if your employee used the pot in a state where it was legal, it’s not legal in your state. Of course, unless you have reason to test due to suspicious behavior on the job, or a random drug test, most likely you’ll never know about it.

Marijuana legalization is very popular, and while you may be in a state without legalized use, you may have employees who advocate for such things. Is this enough reason to drug test them?

I would be very cautious. Advocating for a change in drug laws is perfectly legal. While you can prohibit such advocacy while on the job, you would be foolish to punish political activities off the clock. You don’t want your employees to feel like they lose their voice when they work for you. Naturally, you can prohibit them from representing the company while they campaign for marijuana legalization but otherwise consider it none of your business. That means staying off their social media pages as well.

Make sure you think through the whys when you are making your policies. You want to do what is best for your company and your employees.

Deb Muller is the CEO of HR Acuity, a technology solution that combines documentation, process, and human expertise so organizations can meet the challenge of managing employee relations in the modern world. Be proactive. Manage risk. Create a safer workplace.

Reach out to us!