Home » Are You Ready for #MeToo Movement in Your Workplace?

Are You Ready for #MeToo Movement in Your Workplace? 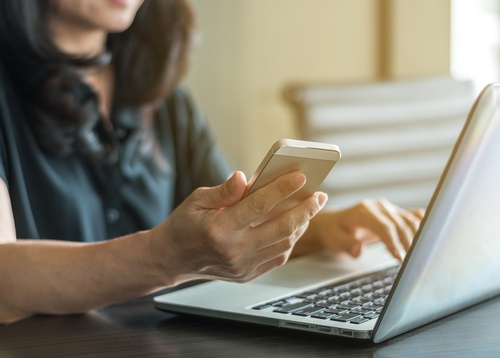 The public watched late last year as some of the biggest names in news and entertainment were outed on sexual misconduct allegations and were later removed, or resigned, from their high-profile positions. Among the first to topple were entertainer and philanthropist Bill Cosby, movie mogul Harvey Weinstein, journalist Charlie Rose, actor Kevin Spacey and former “Today” show host Matt Lauer. The list of alleged offenders continues and is made up of mostly powerful and, in some cases, once highly revered male celebrities.

Many of the accused would have remained in their positions if their accusers — often less powerful women along with a few men — hadn’t found a collective voice to speak out through the #MeToo movement. As each target or witness of sexual misconduct came forth, others quickly followed. The #MeToo movement has forever changed how American society and the workplace, in particular, view and handle the pervasive problem of sexual misconduct.

A Decades-old Movement Is Revised

Social activist Tamara Burke founded the “Me Too” movement 10 years ago, having been a target of sexual misconduct, and devoted her work to helping young, largely African American women cope with sexual assault and other forms of abuse.

Actor Alyssa Milano ignited the movement with a hash-tagged tweet denouncing sexual misconduct, as the 2017 allegations against Weinstein began mounting in October. By November, #MeToo had generated more than 2.3 million tweets and 77 million Facebook posts.

Some high-profile sexual misconduct allegations quietly surfaced decades ago. In the Cosby, Weinstein, Rose and other cases, the alleged abuse spans several years. #MeToo has put the spotlight on employers who routinely use arbitration and nondisclosure (NDA) agreements to protect the alleged abusers’ identity from the public, keep complaints out of court and pay off the accusers for their silence on the matter.

Ride-hailing giant Uber Technologies Inc. was embroiled in a sexual misconduct probe for much of 2017. Susan Fowler, a former Uber engineer, went public with her sexual harassment complaint against the company by posting a blog about her experience, after HR and senior executives initially ignored her claims.

Brandon Charles, a former senior operations manager at Social Finance Inc. (SoFi), a startup for refinancing student loans, filed a lawsuit claiming that he witnessed SoFi managers sexually harassing female colleagues. He said HR had dismissed his claims as unfounded. The company denied his allegations and vowed to fight them in court.

The question in these and other sexual harassment cases is: Where was HR when employees came forward with their claims or while companies were trying to hide allegations from the public through arbitration and nondisclosure agreements instead of investigating these matters?

What HR and ER Must Do

As human resources (HR) or employee relations (ER) professionals, you should expect more employees to report sexual misconduct in light of the #MeToo movement and be ready to act in anticipating employees’ tweets. Your main responsibility is to provide a work environment in which all workers and others who enter the space feel safe.

Depending on the size of your organization and the number of tweets employees post, responding directly to tweets might not be feasible. Also, remember that #MeToo isn’t only a means for people who have been sexually harassed to share their experiences, it’s also a global forum for open discussions on the topic. You can address employees’ #MeToo tweets with a proactive plan that includes the following:

Lastly, it’s also important to remember that targets of sexual misconduct can be men, as well as women, vendors, customers and visitors to your workplace.