Home » Two Years of #MeToo: Evaluating the Impact on Employees 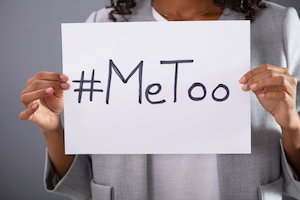 #MeToo. It’s something we talk about every day as an employee relations community – from how it is impacting the workplace overall to new legislation changing the landscape to protect employees. And last fall, we took an in-depth look at how organizations and employee relations leaders are handling the changes, based on the feedback of HR and ER executives from more than 150 companies around the world.

But now, as the #MeToo movement turns 2, we were curious to hear directly from employees themselves.

What are workers doing when things go wrong at work? Are they confident their issues will be addressed if they report them?  What is the impact on a company if employees don’t report?

For answers, we launched a broad survey and more than 1,300 employees across all types of companies, industries, sizes, job levels, and age groups responded. Their perspective was telling and both confirmed suspicions and highlighted new findings.

Next week, we’ll take a more in-depth look at what we learned, and you can read the full results here. In the meantime, I wanted to share three top takeaways that really struck me. I’m curious to know your key takeaways after you read the results.

We’d like to think illegal, inappropriate or unethical behaviors are isolated incidents – but 56% of employees say they’ve experienced or witnessed these issues personally in the workplace. That’s a lot.

Even with all the visibility #MeToo has provided, many are still reluctant to come forward. In fact, just 64% reported issues when they arose.

It’s not because they don’t know how. Eighty-five percent (85%) say they know when and where to report.

Why not? Forty-six percent say they are afraid of retaliation. And 39% say they’re not confident their issues will be addressed fairly.

It comes down to trust. It takes tremendous courage to come forward and report an issue, and right now, employers are falling short across a variety of dimensions, from communication to process.

For example, of the respondents who reported issues, only half said an investigation ever took place, and more than one-quarter didn’t even know what happened or if there was an investigation. Closing the loop at a minimum goes a long way. We can do better.

Not so fast. Just 6% of respondents who reported an issue used a hotline, compared to 67% who went directly to their managers, again raising the issue of trust. Thirty-seven percent reported issues to HR, suggesting managers are more trusted than HR – it’s still leaps and bounds  ahead of anonymous tools.

Relationships and communication count. Tools and policies are important, but HR, managers, and fair, consistent processes working together are what build trust.

Key Takeaway 3: How issues are handled affects your brand, your employees, and your turnover – your overall employee experience.

Overall, how an organization manages an issue when it’s brought to their attention has a significant impact on employee experience – and that goes so far as to affect how likely an employee would be to recommend a company as a place to work.

When issues were investigated and resolved, employees were 45% more likely than average to suggest their employer to others. That’s almost the same as for employees who never experienced an issue at all, underscoring the power of a strong investigatory process when it comes to building trust, even if the resolution isn’t what the employee expected.

On the flip side, when issues were reported but not investigated, employees were 29% less likely than average to recommend their employers than when reported issues were investigated. That’s an astonishing difference.

While we hear a lot about employers valuing the idea of the employee experience – and we’re all working hard on it – employees have spoken. To build transparency and improve culture, organizations must thoughtfully implement a consistent, best-practice employee relations and investigatory approach that includes people, process and technology.

Deb Muller
Deb Muller is the CEO of HR Acuity, employee relations case management and investigations software that combines documentation, process, and human expertise so organizations can meet the challenge of managing employee relations in the modern world.
Read Next7 Steps to Build A Workplace Mental Health Initiative
5 Workplace Behaviors That Are Actually Misconduct
Share